In his family it is said that Kevin Gray (born in 1982) had already sketched, before he could walk…while that may not be completely true, his urge to fill empty surfaces was nevertheless early in evidence. And, as time passed, he tried out different genres and techniques. His first ‘professional’ engagement was as a graffiti artist while working to contract.

Through his studies at the Kunsthochschule Weiβensee, Gray reinforced existing tendencies, his partiality for symbolism, for example, or for the cautious abstract. Nevertheless, during his studies he allowed himself further experiments, making contact with other artistic worlds, up to photorealism, that one discovers in his “Berlin by Night” paintings. His study time in India also left traces: of the lives of simple people there and the natural colours of the Tropics.

By completion of his studies, Gray had found a clear and recognisable artistic language: his pictures, that have something of the celestial about them, are all painted in pastel colours, and get their intensity through a mostly unidentifiable light-source, and radiate quietness and power but also at the same time a diffuse tension. There, one looks into a landscape of countless bridges, that that seem to go into nothingness, but to be everywhere at the same time. Here, an island floats in the mist but still mirrors itself in water. Fields of blossoming poppies emerge again and again as motif, apparently idyllic – but in the background one becomes aware, taking a second look, of puzzling objects, that could be either rock formations, or also, for example, factory buildings.

Symbols such as bridges and stairs are on hand as connections and possibilities to move to islands as places of quietness and seclusion. The surrounding landscape has a raw character that allows the buildings and places to appear fragile.

In his choice of media Gray combines classic oil painting with the aerosol colours of graffiti. Technically, this is truly a conflict in paint, but despite that, exciting. Through this link, broken and fragile structures come into existence, that give every opportunity for further development: completion or destruction. 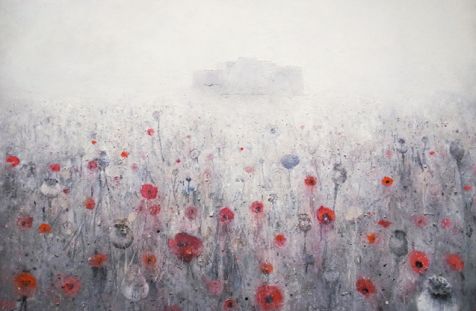 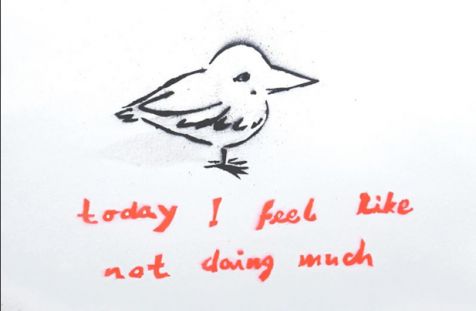 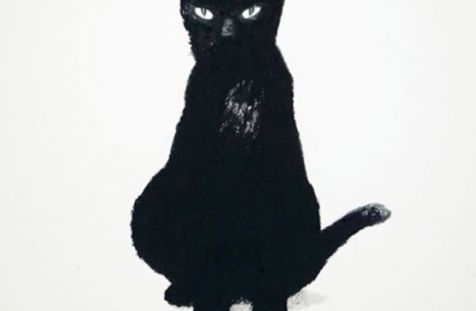