Those who have already checked in at Munich airport and have strolled through Terminal 1, knows that more than 1,5 mile long, flanked by colorful neon lights treadmill of the American artist Keith Sonnier. The work with their iridescent light bands is surely one of the most spectacular. Also sensational was the playing of the glass skin of the Kunsthaus Bregenz, which was transforms into a light sculpture by Keith Sonnier.

Harald Szeemann - died in 2005 - was one of the most important figures in the scene curator and has very much appreciated Keith Sonnier. He took the artist in 1968 in the legendary exhibition "When Attitude becames Form" and showed him in 1975 on his famous Documenta 5. Along with Dan Flavin, Keith Sonnier is one of the first artists in the late 60's that have discovered light as a new medium. While Dan Flavin, however, remained a purist whose installations obey strict structures and geometries, Keith Sonnier experimented with different arrangements and combinations of materials: aluminum, glass, rubber, foam. He also works with many different types of light: neon, strobe light, ultraviolet and fluorescent pigments. Three-dimensional sculptures, reliefs and expansive installations can be created by projecting directly or indirectly illuminated elements.

Keith Sonnier's work is inspired by the neon signs in Louisiana that fascinated him as a little boy. Nevertheless, the artist began as a painter before he made his first light sculptures that become his trademark. Meanwhile, he works in very different media, including video. Little known, but sometimes unique in their nonchalance are Keith Sonnier drawings and sketches.

His authoritative power is that he has expanded the traditional concept of sculpture. His productions are iridescent space of playful and poetic to magical and elegant. The sensory properties of the materials used to play an important role for the effect of the installations, especially for the drawing or dramaturgy of the shadow. For this is for Keith Sonnier's work at least as important as the light itself. 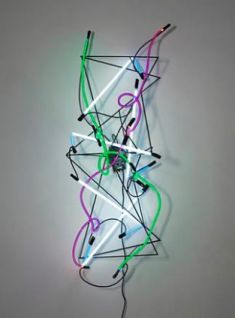 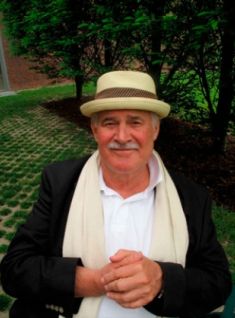