Katy Stone (American, b.1969) is a professional artist associated with the Abstract Sublime movement. She was born in Rockford, IL, and grew up in rural Iowa. She enrolled at the Iowa State University in Ames, IA, where she studied painting, drawing, and print making. She graduated with a Bachelor of Fine Arts degree in 1992. From 1992 to 1994, she moved to Seattle, WA, to pursue her Master's degree in Fine Arts at the University of Washington.

Since childhood, nature has evoked intense feelings within Stone. She continues to draw her inspiration from nature. While still an undergraduate student, her painting professor introduced her to a book called The Abstract Sublime. It was only then that Stone could put a name to what she had been producing. The artist cites her influencers as Mark Rothko (American, 1903–1970) and Joan Mitchell (American, 1925–1992).

While Stone was in Seattle, WA, as a graduate student, her work became more specific. She also started to use materials such as tracing paper and wax rather than oil paints. After earning her MFA, she started to use an even wider range of materials, such as tape, tar paper, feathers, and sequins. For five years, Stone lived and worked in Missoula, MT; she then moved back to Seattle in 2001. It was then that the imagery in her work became clearer and she began to use archival acetate.

Stone’s more recent work has been influenced by Chinese landscape painting. Her paintings have been featured in a number of exhibitions in galleries such as the Atrium Gallery in St. Louis, MO, the Missoula Art Museum in Missoula, MT, and the Neuhoff Gallery in New York, NY. Her piece The Blue Falls (Spectrum) is part of the collection at the United States Embassy in Baghdad. A piece she created in 2007, Nautilus Sprawl, is on display at the Carl Solway Gallery in Cincinnati, OH. Stone has several awards to her name, including the Best of Show award at the Pacific Northwest Annual held at the Bellevue Art Museum in Bellevue, WA, and the Seattle Collects Purchase Award from the City of Seattle, WA. The artist lives and works in Seattle. 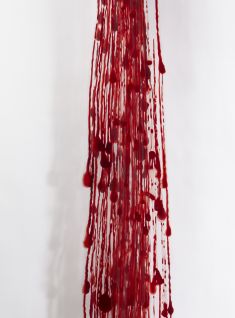 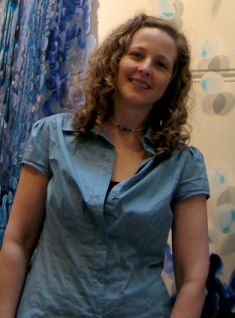 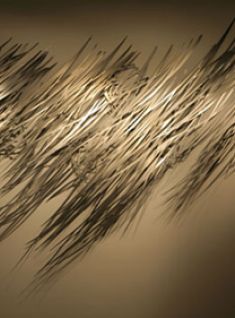