Julius Shulman is an unrivalled icon in the field of architectural photography. In the more than 70 years of his career the Californian artist not only documented the major architects of the 20th century, among them Frank Lloyd Wright, Pierre Koenig, Richard Neutra and John Lautner; with his visionary images he also lifted the genre of commercial photography into the realms of art. Oftentimes the star-architects’ buildings only became famous thanks to Julian Shulman’s ingenious photographs. The catalogue raisonné of Richard Neutra, an early patron of Schulman, is illustrated exclusively with the latter’s photographs. Neutra sharply observed: “His work will survive me. Film is stronger and good, glossy images are easier to transport than heavy concrete or steel, let alone ideas.”Schulman was born in Brooklyn in 1910 and moved to California with his family when he was ten years old. In the 1930s he took courses at the UCLA and Berkeley, but without ever enrolling in those universities; he preferred to try out different things. Having just returned from Berkeley to L.A. in 1936, he accompanied a draftsman, a random acquaintance of his, to the construction site of Richard Neutra’s Kun Residence. Schulman took six pictures, which Neutra liked and later bought. Soon after, the architect Neutra introduced Schulman to other architects and convinced him to work as a photographer. It was the beginning of an unparalleled career. With his distinctive sense of style and sure-fire intuition Shulman always saw and captured the core of what architecture wants to express. Schulman strove for precision and high quality, but he also knew how to cater to the interests of the audience, creating images that looked like film stills. Elegantly dressed men and women often populate his photos and look as though they really lived in these modern and elegant buildings. The most popular example is probably the night shot of the 1959-1960 built Case Study House Nr. 22. The sophisticated, minimalistic house by Pierre Koenig sits high above the countless lights of Los Angeles; two women sit there, chatting animatedly. The whole composition is an image of longing, perfectly capturing the zeitgeist of the times. “I don’t change architecture but infuse it with a magic quality; it makes people say: This is a wonderful image. I want to live in this house”, Schulman said about his work. Many years and photos later Shulman retired from business in 1989; he has busied himself in the twenty years since with important exhibitions of his works in museums and galleries all over the world as well as book publications with the publishing houses Taschen and Nazareli Press. There was an increasing worldwide demand for his knowhow. In 2000 he met the German industrial and architectural photographer Jürgen Nogai who visited Shulman in his studio. Both cooperated after their meeting and visited many places that Shulman had already photographed. The Getty Research Institute bought the extensive archive in 2005, but Shulman still continued working until shortly before his death at age 98.

You can buy works by Julius Shulman in our shop. 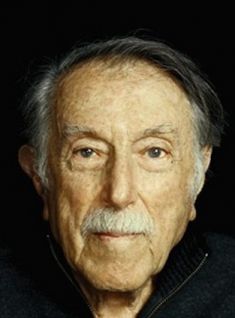 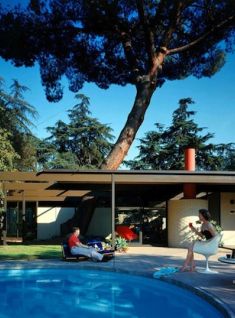 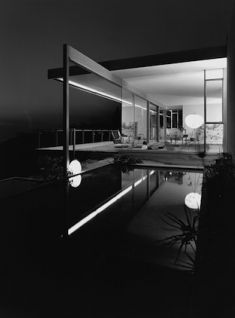 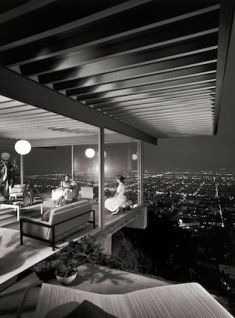 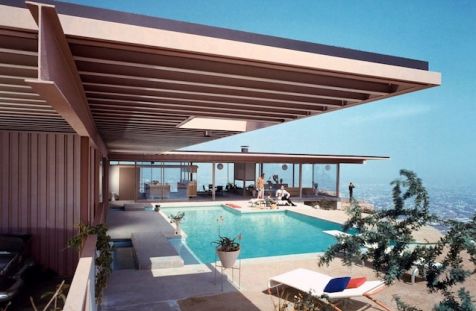