Julian Rosefeldt (*1965 in Munich) has made a name for himself with lavishly produced 16mm and 35mm films. Projected onto several screens to create a panorama-like effect, his films carry the viewer off into a surreal, theatrical world whose inhabitants are caught in the structures and rituals of everyday life. In what are probably his best known film installations, Trilogie des Scheiterns (Trilogy of Failure, 2004–2005), Rosefeldt dealt with universal themes like the absurdity of human existence, approaching them with slapstick humour and plumbing their deeper philosophical meaning.

His most recent film installation American Night takes on decidedly more political issues: Using the stylistic devices of the Western genre, he deconstructs the myth of the founding of America and relates it to the hegemonic ambitions of recent US foreign policy. Like his earlier works, this latest work is rife with biting satirical humour.
Almost all his works are characterised by their complex interweaving of several dimensions of reality, a device he uses to expose the production process. In American Night and The Soundmaker (Trilogy of Failure, Part 1, 2004), for example, he has the camera zoom out so far in an extreme long shot that the film set comes into view. Thus, his films are also always a homage to the medium of film and a reflection on the construction of fictional narratives using cinematographic and iconographic means.

His film Lonely Planet, for which he received the Filmstiftung NRW Award in the international competition of the KunstFilmBiennale Köln in 2007, has been shown at the „Cinéma Prospectif“ of the Centre Pompidou in Paris (2009). Among his Fellowships and Awards are the Vattenfall Contemporary Prize 2010 ; Produktionsstipendium Kunst und neue Medien, Munich in 2004; DG Bank Kunststipendium, Berlin, 2000; Hoffmann Collection, Berlin, Germany (residency), and  the DAAD Award in 1991.

The artist lives and works in Munich and in Berlin. 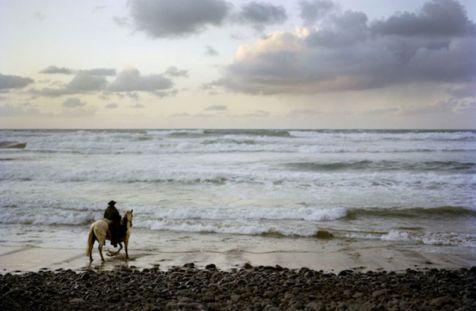 Julian Rosefeldt and his video "The Soundmaker" © RBB 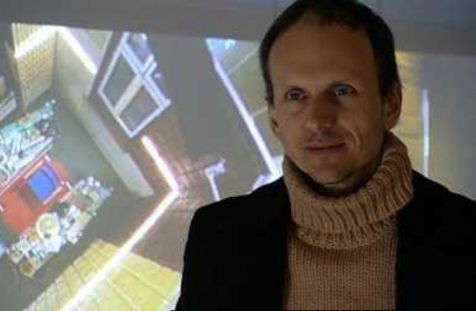 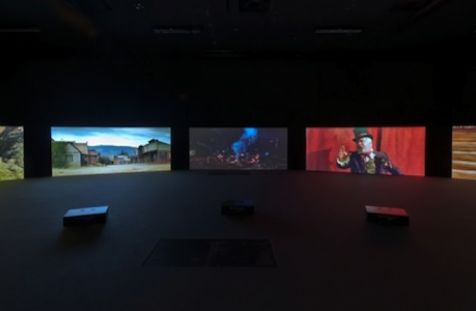