"To form a social order as a plastic is mine and the job of the arts. Unless a person recognizes himself as the essence of self-determination, he is also able to shape the content of the world. "

Nothing less than the revolution by the arts was called for by 1921 in Krefeld born Joseph Beuys. He granted only the arts an evolutionary force to break up rigid structures of society and to rearrange. Fundamental for Joseph Beuys was his concept of the extended idea of arts: The principle of design should go about classical genres of fine arts out into life itself. Boundaries between art and life should disappear.

The quote "Every man is an artist" is certainly one of the most quoted but also the most frequently misunderstood statements made by the artist.
Joseph Beuys did not certify that every person has a talent for visual artists, but rather formulated his anthropological understanding of art: The man is the intellectual center. He is the creator and maker. With the help of his creativity he will become a shaping force of society and so shape the social organism, that social sculpture.

It was not creating the material that was on the artists mind. Following up on Rudolf Steiner's philosophy Joseph Beuys postulated that freedom has its origins in the thinking and the thinking itself is already an "invisible sculptural process," a spiritual formation and a sculpture of thoughts. Joseph Beuys is today one of the world's most important artists of the 20th century. Among others Beuys worked with Andy Warhol, Nam June Paik and Wolf Vostell. Artists like Matthew Barney or Schlingensief are connected with him and his work today.

His oeuvre includes drawings, sculptures, actions and installations, in which, with respect to his mental universe, repeatedly materials such as fat and felt as storage of energy and heat, the hare as a symbol of the Incarnation, the bee as a heat-related nature and producer of wax and finally, the honey as a symbolic product of human thought are used. Beuys always thematized the flow of energy, the clamping of contrasts and changing states of matter between liquid and hard, hot and cold, organic and crystalline.

With actions such as I like America and America likes Me in the René Block Gallery in New York (1974) or Wie man dem toten Hasen die Bilder erklärt (How to Explain Pictures to a Dead Hare) in the Schmela gallery in Düsseldorf (1965), with installations such as Zeige deine Wunde (Show Your Wound) (1974/75 ) or with his Informationsbüro der Organisation für direkte Demokratie durch Volksabstimmung (Information office of the organization for Direct democracy through Referendum) at Documenta exhibition in Kassel (1972), Beuys has created one of the most discussed works mostly in postwar Germany. It is still an expression of urgency that not the art itself is self-referential, but comes in conflict with society and its developments, with the social, political and economic situation.

Joseph Beuys was represented at several group exhibitions such as Documenta or Biennale di Venezia. In addition numerous solo exhibitions have been devoted to him. As the first German artist 58 year old Beuys received in 1979 a retrospective at the Salomon R. Guggenheim Museum in New York. Other international renowned museums like the Museum of Modern Art, Centre Georges Pompidou, the Tate Modern, or latest the art collection of North Rhine-Westphalia in Dusseldorf showed his work in comprehensive exhibitions.

You can buy artworks by Joseph Beuys in our shop. 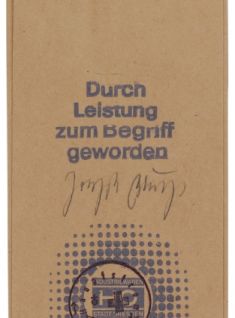 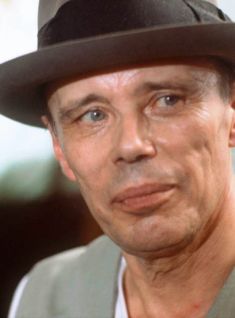 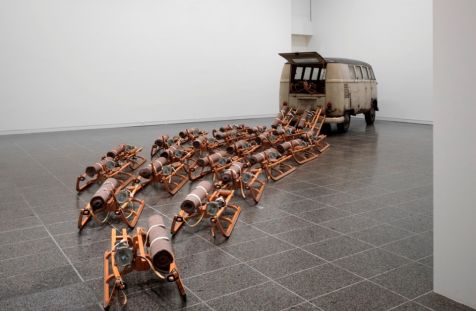