John M Armleder demonstrated his individuality and strong penchant for creating already when he stylized his name, changing his middle name Michael to an “M” without full stop, but his unique “Furniture-Sculptures” brought the artist worldwide recognition. He creates room installations by assembling one or several second-hand pieces of furniture with his abstract paintings that are inspired by different trends in art history. Armleder made those installations his distinctive trademark as early as the 1980s when he painted a gouache on a chair for the first time.

Before that the son of a hotelier, who was born in Geneva in 1948, was influenced by the Fluxus during his studies at the Ecole des Beaux-Arts in Geneva from 1966 to 1967. Together with his friends Patrick Lucchini and Claude Rychner he started the Fluxus group “Groupe Ecart” in 1969, among other things they produced numerous Super 8 films and organized exhibitions and performances. He started painting pictures that were influenced by minimalism in the late 1970s until he eventually refined his individual style with the furniture sculptures. He is however reluctant to give his sculptural installations and paintings a deeper layer of meaning: “I never consider a piece of work as started or finished”, John Armleder said about his work. “There's a plan and then what happens, happens. The furniture has a history that I don't know about, because they're used chairs...Whatever you use, there's something else to it than what you believe you know or you master."

The international breakthrough came when John Armleder represented Switzerland at the Biennale in Venice in 1986, since then he has exhibited worldwide, for instance within a solo exhibition at the MoMA in 2000. Armleder holds a professorship at the academy of arts in Braunschweig as well as the art school in Lausanne. He lives and works in Geneva and New York.

You can buy works by John M. Armleder in our shop. 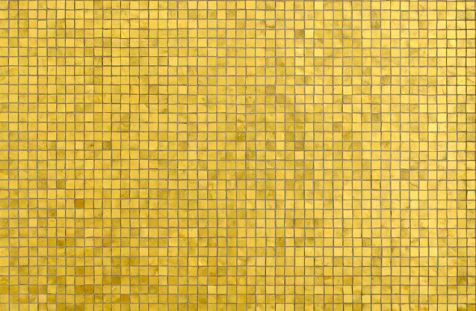 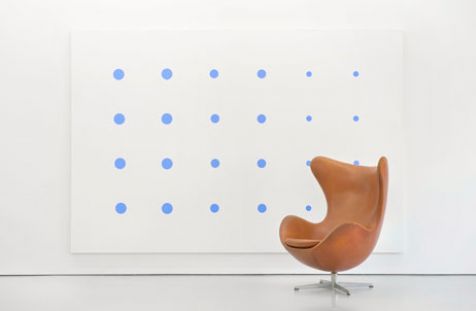 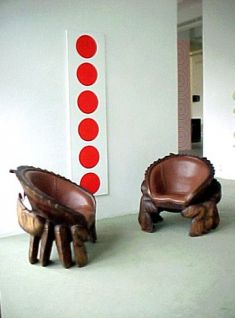 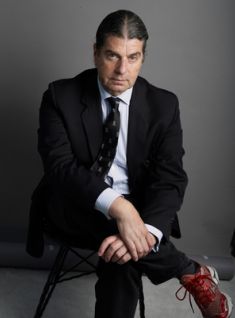