Hermann Nitsch (born 29 August 1938) is an Austrian artist who works in experimental and multimedia modes.

Born in Vienna, Nitsch received training in painting when studied at the Wiener Graphische Lehr-und Versuchanstalt, during which time he was drawn to religious art. He is associated with the Vienna Actionists—a loosely affiliated group of off-kilter and confrontational Austrian artists that also includes Günter Brus, Otto Muehi and Rudolf Schwarzkogier.

Nitsch's Orgien Mysterien Theater performances, (or as he calls it, Aktion) can be considered both ritualistic and existential. The scene is often involved with slaughters, religious sacrifices,crucificion, as well as blood and flesh. The performances are also accompanied with music. dancing, and active participants.

In the first Orgien Mysterien Theater performance, Hermann Nitsch and his friends used animal carcasses, entrails, and blood in a ritualistic way. The cloths, bandages and other fabrics used in these performances introduced Nitsch to the idea of making paintings.

In his later life, Hermann Nitsch has been closely collaborating with Personal Structures an international contemporary art platform.

In May 2010, Personal Structures' curators Karlyn De Jongh and Sarah Gold were "crucified" in Hermann Nitsch's 130th Orgien Mysterien Theaterperformance in Naples, Italy. In the week before the actual event, they took part in the rehearsals and met Nitsch every day to talk with him about experiencing life and his Orgien Mysterien Theater. On the day of the performance, Karlyn and Sarah were blindfolded, naked, bound to their crosses, to feel, hear, taste and smell all that was happening to them in the Museo Hermann Nitsch.

Later in 2011, the documentation of this 130th performance was exhibited in the 54th Vennice Biennale's official collateral event, Personal Structure: Time Space Existence in Palazzo Bembo together with the works from Marina Abramović video installation, where she was locked in a staring battle with a donkey, and Xing Xin's live performance, 2011, I Exhibit Myself In A Western Exhibition.

An edition of the documentations of this performance was also published by the Global Art Affairs Foundation, under the title Hermann Nitsch: Under My Skin.

Having grown up during the World War II, Nitsch reveals his fascination with the intensity of religious feelings for life in his art work with excessive means such as taboo images, nudity, bloody scenes and more. For this, he received several court trials and three prison terms. Also, it is often discussed today that his work may exemplify cultures' fascination with violence 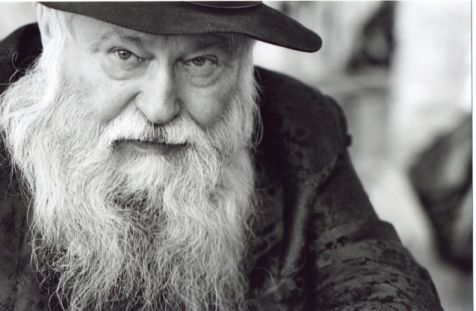