Trees dominate Helge Hommes' oeuvre like no other motif. Single gnarled tree characters in the series “ich” or “du”, portrayed amidst their natural environment and then again reduced in black and white, almost abstract with only their coils and ramifications distinguishable. Helge Hommes portrays trees like other artists would paint people, with an eye for the particular individuality and uniqueness of each single one: He works with a broad variety of perspectives, details, tree species and even the tree's different stages of life – like in the work “ground zero”, that only shows a tree stump.  His range of topics has increased over time, his penchant for the material wood and the motif tree has remained unbroken.

Born in 1964 in Schwelm/Wuppertal, Helge Hommes grew up in the industrial Ruhr district. He came to art via autodidactic detours. Shaped by the visual impressions he gathered while visiting exhibitions as well as his political thoughts and activities, he created his first expressive paintings. “I had the very concrete idea not to integrate into society via the usual network, that is via an academy or a normal profession, but to create my own alternative green life. A very brave action and handling, which might well have failed.”

The artist made a living as a street artist until 1993 - “a portrait here and there, cityscapes for tourists” - Hommes supported himself and his family with this job. He spent his evenings in the studio creating his large paintings. When he was finally recommended to a gallery, his art soon became a mean of permanent expression and a way to reach people. Helge Hommes has been developing different series since, from abstract black and white to the “social sculpture”, a trash-tree project.

You can buy works by Helge Hommes in our shop. 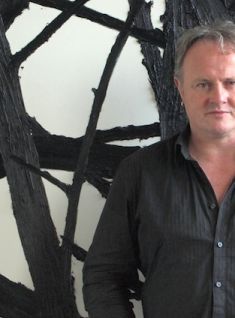 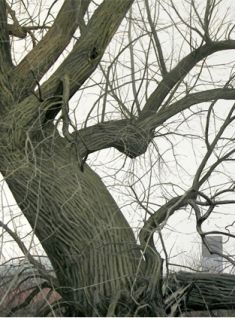 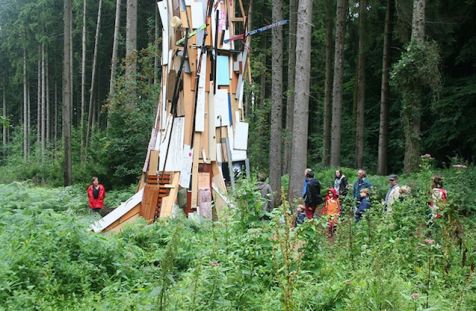