Heidi Meyer, the painter born in Hamburg in 1943, was awarded several scholarships after studying at the University of Fine Arts in Hamburg (among others with Rolf Hausner). One received it from the Cite des Arts in Paris. There, she made first contacts with Japanese artists, from which a deeply shaping approach to the Far Eastern land and its art was to develop later: this is fatal. Her powerful and delicate, life-affirming and at the same time poetically delicate painting, an abstraction, determined by lines, color, and rhythm, and a painting traceable to the mystery of nature, has given Heidi Meyer recognition above and beyond national borders, primarily in Japan. Heidi Meyer takes a wide brush to create her abstract pictures. With generous swings, it creates forms which, born out of the inner rhythm, express their temperament and the present mood. Lines, forms, and colors give their creations a special charm which resembles the Japanese painting. The symbolic and decorative value of their motifs probably contributes to the fact that Heidi Meyer's works were particularly popular in Tokyo and Sendai.

Thus, the Hamburg woman first made a double exhibition in Tokyo, then to the EC days in Sendai as the first German artist. Further in Osaka, in Peking at the German Embassy and at the Goethe Institute in Hanoi as the first Hamburg painter.

Many of Heidi Meyer's works are in possession all over the world, so the first German work of her also depends on the city hall in Osaka.

Three times the Emperor of Japan took over the patronage for her exhibitions "Japan in Germany". Her words "tracking nature and connecting with color, gives me a sense of being." 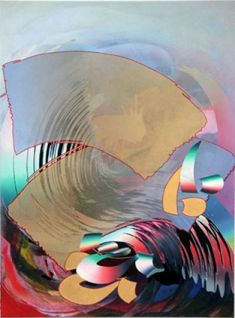 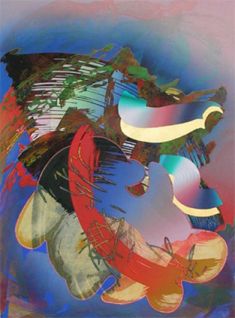 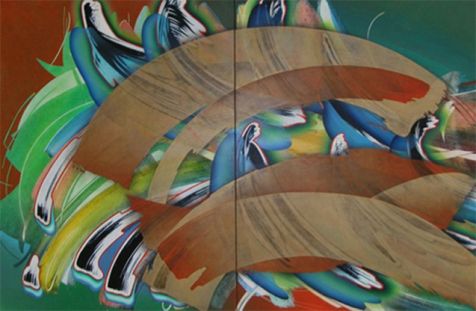