Impeccable suits, flawless manners. Gilbert & George are real gentlemen. At the same time the British artist duo acts as radical taboo breakers with anarchical humor. The eccentric couple have been working and living together for more than forty years. “We had this wonderful idea, wherever it may have come from, to make ourselves, as “living sculptures”, the centre of our art – as well as everything around us”. Since the sixties Gilbert & George have been expanding the concept of art and sculpture through their work. Gilbert Proesch, born in 1943 in the Ladin Dolomites, Italy and George Passmore born 1942 in Devon, England, met each other in 1967 in a sculpture class at the famous St. Martins College London. They have rarely separated ever since.

In their neighbourhood in East London pictures of the duo emerge, with which they intend to polarize and provoke. Art for all and in all - that is their motive. Thus they raised their own drinking excesses to an art form and placed faeces, urine and semen in the foreground of their photo series. At first the conceptual artists dedicated themselves to drawing; later on they started working more intensively with photography. They photograph, colourize and enlarge image motifs, arrange them in black screens and then fit them into wall-sized photo collages.

Gilbert & George have long since been counted among icons of contemporary art. In 1986 they won the prestigious Turner Price und represented England in 2005 at the Venice Biennial. “We only talk about universal things such as death, hope, life, fruitfulness, sex, money, race and religion”, explains the godfathers of “British art”, who have been also been married for three years.

Their works can be found in various public collections, such as the Museum Ludwig in Cologne or the Guggenheim in Bilbao.

You can buy works by Gilbert & George in our shop. 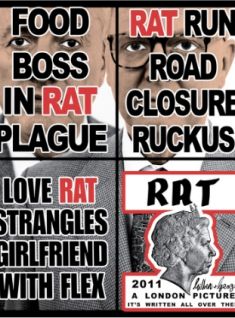 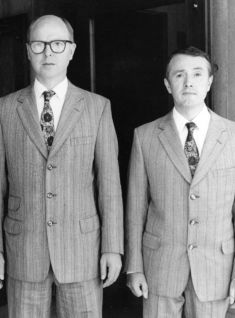 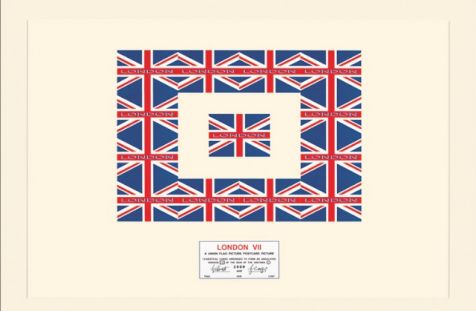