Gil Heitor Cortesão (born 1967 in Lisbon) takes apart the modernist utopia of the last century layer after layer. The portuguese artist paints places that are generally empty (private apartments or public spaces) in a style that at first glance seems realist, and yet stirs a vague feeling of unease. The strangeness comes primarily from the fact that on each occasion he insinuates something disturbing into these spaces: it may be furniture we have trouble identifying, a huge dark patch in the middle of a meeting room or a map of Europe sketched on the wall of an apparently modern apartment. This strangeness is heightened by the disconcerting appearance of the image; it looks like a worn photograph.

“I am fascinated by those spaces because they are familiar to me in the sense that they still existed when I was a child, and yet I feel like they belong to the past”, Cortesão stated in an interview in 2009. “That which was probably futurist at that time, now seems retro-futurist or even just obsolete”.

After his BA in Fine Arts-Painting at FBAUL Lisbon in 1990, Cortesão early started to investigate the architectural experiments in the 1960s and 1970s regarding the utopian ideals of an alternative city. By using the technique of “reverse glass painting”, the paradigms of painting need to be reconsidered. What is usually applied last, has to be done first when painting on glass, thus altering the whole process irreversibly.

The artist uses photographs of ’60s interiors magazines and reproduces them meticulously, with an almost photorealist’s eye, directly onto glass. Starting with the details of an image first, Cortesao works out from there in layers, painting the background on last and eventually laying a piece of plexiglass over the top. The effect, over the chic white ’60s minimalist interiors, is one of decay. A stark, Kubrick-esque living room, with its utilitarian idea of cosiness, suddenly appears as if ruin is slowly creeping in.

You can buy works by Gil Heitor Cortesão in our shop. 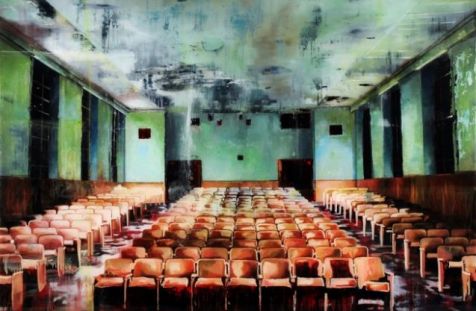 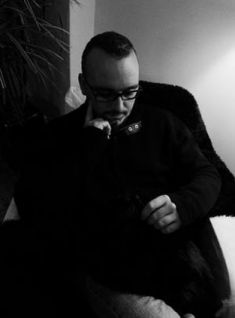 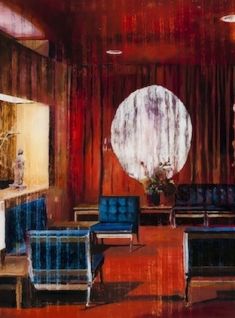 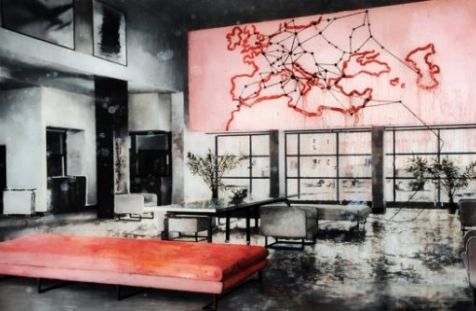