Early in the course of their artistic career Gert & Uwe Tobias (*1973 in Brașov, Romania, they now live in Cologne) have developed a uniquely idiosyncratic and powerful imagery. The twin brothers have worked as a team from the beginning and create surreal woodcuts, collages, drawings and ceramics. Their breakthrough followed shortly after the end of their studies at the Academy for Fine Arts Braunschweig (1988 – 2002) with an exhibition at the gallery Michael Jannsen in Cologne. They used motifs from their former home country in a series of large woodcuts. The brothers grew up in Romanian Transylvania before they moved to Germany with their parents at age twelve. Many folkloristic elements they take up in their works are a remainder of their childhood, such as the colourful, embroidered fabrics from traditional costumes.

The artist duo has since caused international furore in the art world with their large woodcuts. Already in 2007 they got the chance to exhibit in the New York Museum of Art. Many exhibitions in renowned museums all over the world followed.
Their works impress with the intensity of the colours and fantastic creatures. The strange motifs have their origin in flora and fauna and  humanoid hybrids populate their works; they also often employ stylized ornaments and folkloristic patterns. The result are tables with scenes like from nightmares, old sagas or fairytales supposed to scare children. The Tobias brothers do not bother too much about the deciphering of their images: “We want to create something that seems foreign and timeless”, Gert Tobias says.

The woodcuts are assembled piece by piece: the outlines of the individual parts are cut from wood, coated with paint and pressed on the surface. The artists only ever create two copies of one motif that are never quite the same.

You can buy works by Gert and Uwe Tobias in our shop. 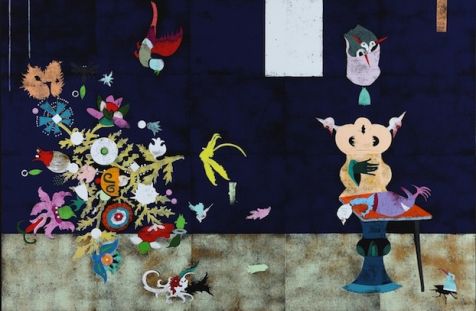 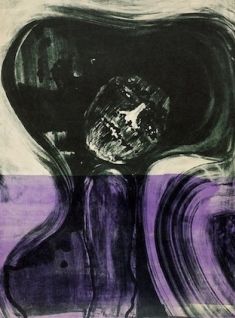 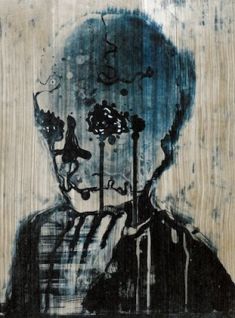 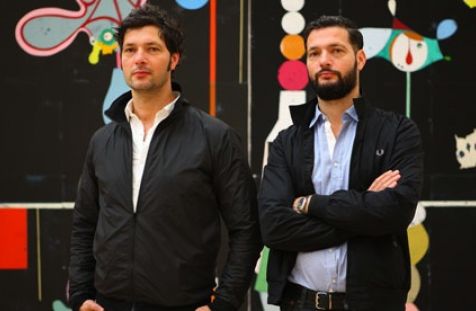