George Pussenkoff (*1953 in Krasnopolje, former USSR) combines two cultural realms in his oeuvre, which have rarely been intermeshed this closely before: modern art and cultural history and digital image production with new media and computer technology. Computer technology made a conceptual and visual progress in fine art possible that would have been unthinkable without it. Pusenkoff reacted to this development with a digital aesthetic that corresponds with the postmodern perception of the world.

Again and again he invokes famous icons of modern art such as Kasimir Malewitsch’s “Black Square”, Josef Albers’ “Homage to the Square” or Piet Mondrian’s reduced geometric paintings and transfers them into a new aesthetic. Da Vinci’s Mona Lisa is in the centre of his creative interest more than any other motif of the art world.

Using computers and digital media technology, Georg Pusenkoff, who studied art as well as computer sciences, gave Leonardo’s beauty a contemporary metonymy and thus opened the image to new layers of interpretation. This is especially true for his conceptual works with the famous portrait of a woman, such as the photographically documented travels of a black-and-yellow Mona Lisa through Russia and space. The so-called “Mona Lisa Tower”, a freestanding, accessible tower made from Aluminium made a guest appearance in Moscow (Tretjakow Gallery, 2004) and Venice (Venice Biennale, 2005). The black, monolithic and archaic round building has a diameter of almost 10 metres and stands 6 metres tall. Inside the roofless tower 500 square Mona Lisa portraits in any shade of colour hang closely together: a continuation and improvement of serial painting in the age of digital reproduction – and an overwhelming open-air vortex of images.

The pixels are always visible in Pusenkoff’s works, sometimes emphasized, sometimes hardly recognizable. For the artist, the pixels are not a metaphorical figure but, to use the terminology of the avant-garde, an acting unit as well as a sign of a real interaction between art and technology. The sculpture series BLACK SHAPE from 2007 is an homage to the pixel. Flat, but with great spatial effect, the three-metre tall electronically drawn metal ornaments seem as if they just climbed out of the computer screen.

You can buy works by George Pusenkoff in our shop.

"Strong feelings" AVAILABLE IN OUR SHOP! 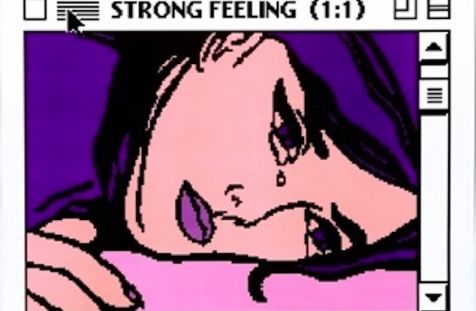 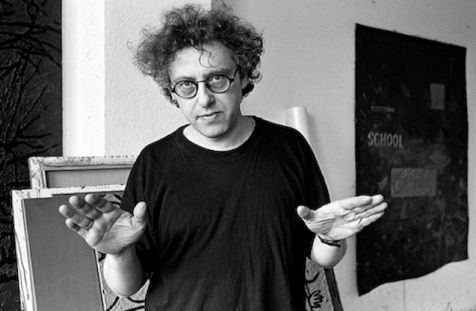 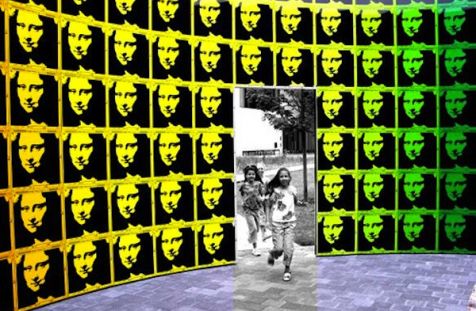