Born in 1938 in Deutschbaselitz, since the sixties Hans-Georg Kern has literally been turning the art world and his pictures upside-down under the pseudonym Georg Baselitz.He studied at the Hochschule für bildende Künste in East Berlin but after he was reproved for “social immaturity” he moved to west Berling where he continued his studies with Professor Hahn Trier. His examination of the system of the German Democratic Republic and the ideal human could therefore begin early in his work as an artist.

Baseliz’s pictures are dominated by bold colours and disorder, yet they are harmoniously composed. For the artist “German” is always a synonym for brutality. This “German-ness” is always visible in the style of his work, especially his wood sculptures show his violent approach to the material.

Baselitz dealt with the aesthetics of his youth in the cycle “Russenbilder” at the end of the nineties. He painted Lenin and Stalin in his usual manner and turned them upside-down, some of the paintings show white circles from paint cans that were standing on the canvas while he was painting.

Later Baselitz started a new project, he painted new versions of his most famous paintings and titled them “Remix”. His goal was to push the envelope and bring out the best in his paintings, making them more contemporary. Critics see this work as proof that Baselitz had gotten tired, yet his painting has become faster and denser with age.

You can buy works by Georg Baselitz in our shop. 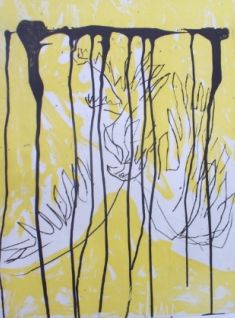 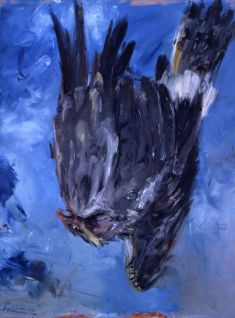 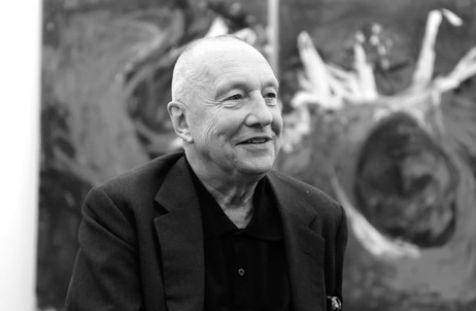