“We moved in on history and occupied images, emptying them of meaning, reducing them to shells. We then filled these shells with glamour, the creampuff innocence of idiots, the naughty silence of shark fins slicing oily water.” this is a statement published by General Idea.

The Canadian art collective was founded in 1969 by Felix Partz (common name: Ronald Gabe, born in 1945), Jorge Zonal (common name: Slobodan Saia-Levy, born in 1944) and AA Bronson (common name: Michael Tims, born in 1946) and was active until 1994.General Idea are seen as pioneers of concept- and media-art, their subjects, ideas and realisations still influence other artists and popular culture.

Long before the term virus was related to the internet and engrossed by popular culture General idea implemented their ideas into the world like viruses hoping to reach a broad audience beyond the art scene.They deal with the relationship between media and art, media and the public and art and the market and blur the borders in the process. They employ all the elements mass media, advertising, popular culture and propaganda have to offer but also used the usual artistic stages.Their work includes magazines, trade fair stalls, postcards, balloons, posters, wallpaper, t-shirts, own boutiques but also photographs, paintings, drawings, videos and installations. At least a hint of humour and self-mockery can be found in all their pieces.

The three artists founded Art Metropole in Toronto in 1974, a non-profit organisation that has been publishing the work of contemporary artists.Since 1987 General Idea has been dealing mainly with the topic AIDS and it was here that their Found Format Method came to its peak. They changed the work of other artists, for example the font painting LOVE by Robert Indiana, a famous Pop-Art artist. The word AIDS replaced the word LOVE and this new writing was multiplied endlessly on stickers, posters, wallpaper etc. and thus became a virus, visualizing the end of the careless era of free love.A virus also set an end to the work of General Idea. Felix Partz and Jorge Zontal died of AIDS in 1994. Their partner AA Bronson has since been working on his own.

The work of General Idea can be found, among others, in the collections of the Baltimore Museum of Art, the Canadian Museum of Contemporary Photography Ottawa, the National Gallery of Canada in Ottawa, the Kunsthaus Zürich, the Musee d'art moderne de la Ville de Paris, the Museum of Contemporary Art in Chicago, the San Francisco Museum of Modern Art and the Stedelijk Museum in Amsterdam. The General Idea Archives are held by the National Gallery of Canada in Ottawa.

You can buy works by General Idea in our shop. 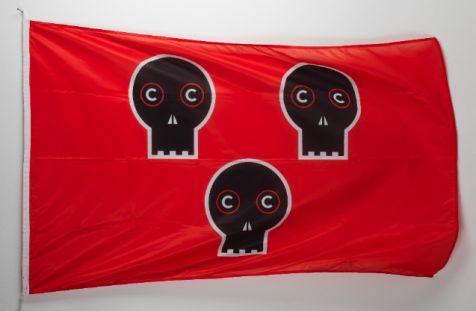 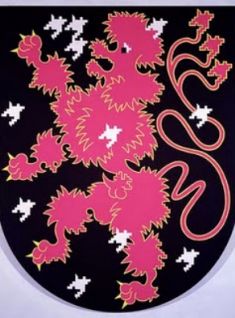 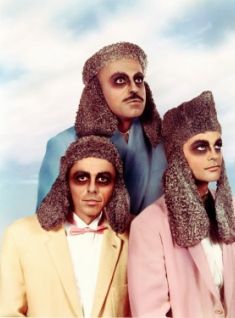