Elliott Erwitt once said, the reason why he became a photographer, was because of his shyness. The camera created a relaxing distance between him and the person in front of the camera. The fact is, whatever it is, Elliott Erwitt pointed his camera lens at,  he produced images that were timeless and surprisingly humorous. And in fact, most of them have become iconic. Elliott Erwitt himself described his talent to be in the right place at the right time with charming understatement: "It's about reacting to what you see, hopefully without preconception. You can find pictures anywhere. It's simply a matter of noticing things and organizing them. You just have to care about what's around you and have a concern with humanity and the human comedy."

Elliott Erwitt was born in Paris of Jewish-Russian immigrant parents in July 26th, 1928. He grew up in Milan and Paris, before immigrating with his parents to the United States in 1939. Erwitt served as a photographer's assistant in the 1950s in the United States Army while stationed in France and Germany. In the early 1950s, Erwitt moved to New York City, where he met the famous photographers, Edward Steichen, Robert Capa and Roy Stryker. Stryker hired Erwitt to work on a photography project for the Standard Oil Company. Erwitt then began a freelance photographer career. In 1953 Elliott Erwitt was invited to join Magnum Photos as a member. In 1968 he became President of the prestigious agency for 3 terms. In the 1970s, he began making films.

You can buy works by Elliott Erwitt in our shop. 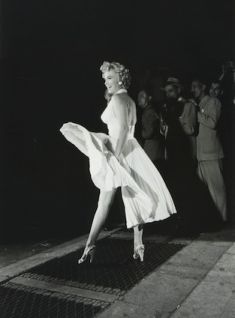 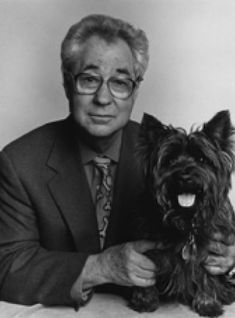