Hong Kong, Los Angeles, San Diego: Dieter Rehm is interested in the architecture and the street sceneries of international metropolises. The dramaturgy of the public space, created by infrastructure and places of consumption, looms large in the photographs. The magnets of attention of the urban space such as advertisements, shopping streets and amusement strips are prominently displayed, especially urban attractors that tout for visitors to stay longer and simultaneously act as an icon of its availability.

In Dieter Rehm’s photographs the individual life of the sceneries is as important as the distortion of the pictures in post-editing such as reversed positive-negative effects. The pictures are taken at different times of the day, preferably at night when certain contrasts appear due to the artificial light. The photographs are fitted on large formats using C-Print. The exaggerated light dramaturgy and colours are often reminiscent of conditions that draw inspiration from music and drugs. „Love Surrender Devotion“, LSD in short, was one of Dieter Rehm’s exhibition titles. The heavily edited photos could be understood as an allusion to the more recent production techniques of the music industry such as sampling and the crossing of genre.This is not a coincidence seeing that Dieter Rehm worked in the music industry for a long time and designed for ECM Records. Since 2010 he has been president of the Akademie der Bildenden Künste in Munich. When Dieter Rehm edits his pictures sometimes lurid hot pink, purple and green hues are dominant. His architecture photographs are brought to live by strong light-dark contrasts but also by the symmetrical position of the motif. He has photographed several halls in the castle Herrenchiemsee, the St. Mark’s square in Venice and the shopping centre Lafayette in Paris. In his architecture photography he pays special attention to the structure and decoration of the rooms or buildings.

You can buy works by Dieter Rehm in our shop. 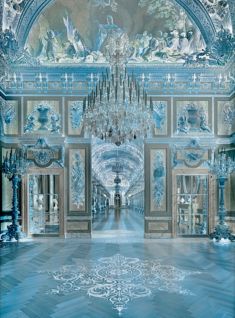 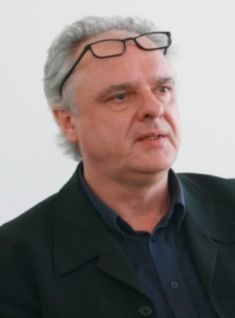 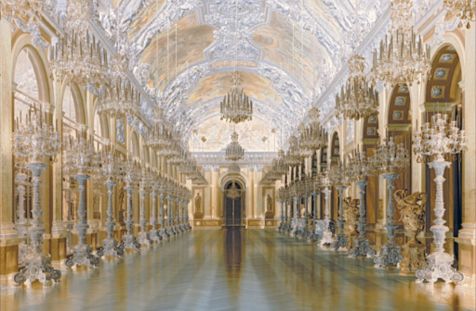