In a catalogue for his Canfield Hatfield series, artist David Salle writes: “Professor Canfield Hatfield was a supposedly real-life character who… [worked] as a paid maker of rain for drought-stricken communities in the West—a high-wager kind of job and by extension a useful metaphor for the relationship between risk, hope, and fraud that enter into any art-making or rain-making situation.” While these concepts are rather abstract, they nonetheless play out in this enigmatic work (an etching in an edition of 60), as the viewer is challenged to either devise a narrative from the disparate elements, or else find consolation in its uncertainty.

David Salle is one of the most important figurative painters of the past forty years. After studying under John Baldessari at CalArts, Salle burst onto the contemporary art scene in New York in the early 1980s. His paintings often combine formal compositional elements with distinct art-historical references and images appropriated from popular culture; they resist classification and thoroughly beguile the viewer.

After producing performances and installations in the late 1970s, Salle began to make paintings in which he overlaid found images from different sources in varying styles. His paintings have included allusions to the works of the Baroque painters Velázquez and Bernini, the Post-Impressionist Cézanne, Giacometti and Magritte, and American post-war art. Based on models from art history, stock photography, advertisements, design, and everyday culture, Salle creates an assemblage with manifold cultural reference. While working in the art department of a publisher of romance and pornographic magazines he gathered photographs from the company's archives, later using them as source material for his paintings. By juxtaposing seemingly unrelated images, Salle constructs original, complex, and fragmented narratives that deny any one interpretation. During the 1980s and early 1990s he was one of the most influential young painters engaged in a representational idiom and is recognized for his role in revitalizing representational art and for being one of the great artists working today. 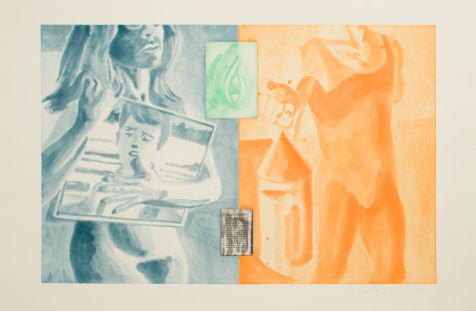 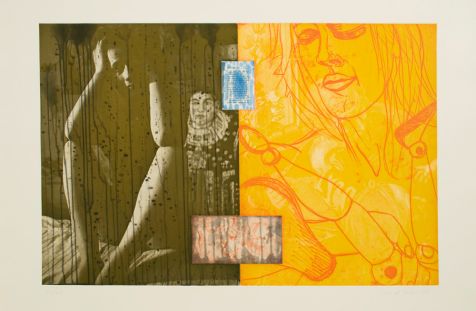