No other contemporary artist polarises as much as Damien Hirst. His auction at Sotheby’s in 2008 will remain unforgotten, when he sold 287 works, the complete production of one year, at Sotheby's by by-passing his long-standing galleries. The auction raised incredible 198 million Dollar. The medial excitement was even bigger, as the us-american investment bank Lehman Brothers had to declare bankruptcy at the day of the auction (15 September, 2008). Some critics said, Damien Hirst strikingly revealed the perversity of the art market. Others condemned the auction as disgusting and pure profiteering.

Damien Hirst was born in Bristol in 1965. He studied at Goldsmiths College in London and first came to public attention in 1988 when he conceived and curated "Freeze," an exhibition of his work and that of his friends and fellow students at Goldsmiths. He was included in the 1992 Young British Artists exhibition at Saatchi Gallery, London, and in 1995 he won the Turner Prize.

In the following years, Hirst has become one of the most prominent artists of his generation. Many of his works are widely recognized, from the shark suspended in formaldehyde, The Physical Impossibility of Death in the Mind of Someone Living (1991) and his spot, spin and butterfly paintings. Damien Hirst has always had good strategies to present himself and his art in the media. His diamond skull For the Love of God (2007) caused an medial outcry.

Hirst’s works deal with basic issues: life and death, reason and faith, love and hate. Hirst uses the tools and iconography of science and religion: “There [are] four important things in life: religion, love, art and science,” the artist has said. “At their best, they’re all just tools to help you find a path through the darkness. None of them really work that well, but they help. Of them all, science seems to be the one right now. Like religion, it provides the glimmer of hope that maybe it will be all right in the end…”

You can buy works by Damien Hirst  in our shop. 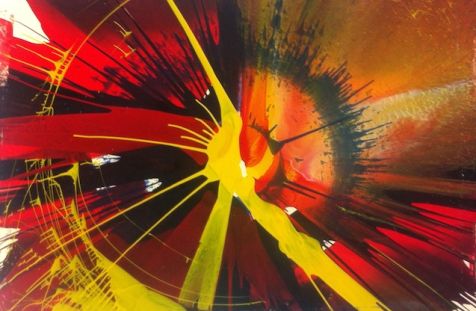 Damien Hirst poses in front of his painting The Importance of Elsewhere - The Kingdom of Heaven Photo: EPA/KERIM OKTEN 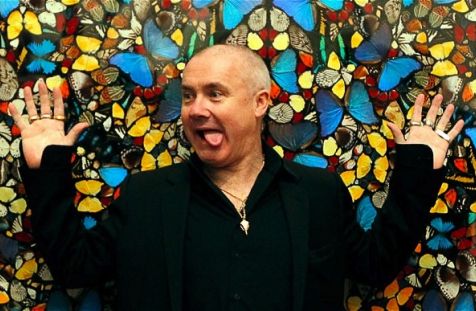 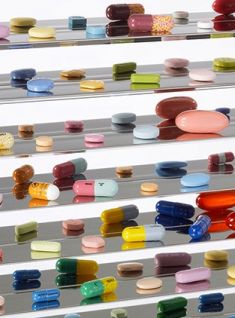 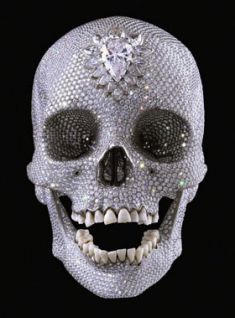