Sir Cecil Walter Hardy Beaton CBE (14 January 1904 – 18 January 1980) was an English fashion, portrait and war photographer, diarist, painter, interior designer and an Academy Award–winning stage and costume designer for films and the theatre. He was named to the International Best Dressed List Hall of Fame in 1970.

Believing that he would meet with greater success on the other side of the Atlantic, he left for New York and slowly built up a reputation there. By the time he left, he had "a contract with Condé Nast Publications to take photographs exclusively for them for several thousand pounds a year for several years to come."

In 1947, he bought Reddish House, set in 2.5 acres of gardens, approximately 5 miles (8.0 km) to the east in Broad Chalke. Here he transformed the interior, adding rooms on the eastern side, extending the parlour southwards, and introducing many new fittings. Greta Garbo was a visitor. He remained at the house until his death in 1980 and is buried in the churchyard

Beaton designed book jackets, and costumes for charity matinees, learning the craft of photography at the studio of Paul Tanqueray, until Vogue took him on regularly in 1927. He set up his own studio, and one of his earliest clients and, later, best friends was Stephen Tennant. Beaton's photographs of Tennant and his circle are considered some of the best representations of the Bright Young People of the twenties and thirties.

Beaton's first camera was a Kodak 3A folding camera. Over the course of his career, he employed both large format cameras, and smaller Rolleiflex cameras. Beaton was never known as a highly skilled technical photographer, and instead focused on staging a compelling model or scene and looking for the perfect shutter-release moment.

He was a photographer for the British edition of Vogue in 1931 when George Hoyningen-Huene, photographer for the French Vogue travelled to England with his new friend Horst. Horst himself would begin to work for French Vogue in November of that year. The exchange and cross pollination of ideas between this collegial circle of artists across the Channel and the Atlantic gave rise to the look of style and sophistication for which the 1930s are known.

Beaton is known for his fashion photographs and society portraits. He worked as a staff photographer for Vanity Fair and Vogue in addition to photographing celebrities in Hollywood. In 1938, he inserted some improper words into American Vogue at the side of an illustration about New York society. The issue was recalled and reprinted, and Beaton was fired.'

Beaton returned to England, where the Queen recommended him to the Ministry of Information. He became a leading war photographer, best known for his images of the damage done by the German blitz. His style sharpened and his range broadened, Beaton's career was restored by the war.

Beaton often photographed the Royal Family for official publication. Queen Elizabeth The Queen Mother was his favourite royal sitter, and he once pocketed her scented hankie as a keepsake from a highly successful shoot. Beaton took the famous wedding pictures of the Duke and Duchess of Windsor (wearing an haute couture ensemble by the noted American fashion designer Mainbocher). 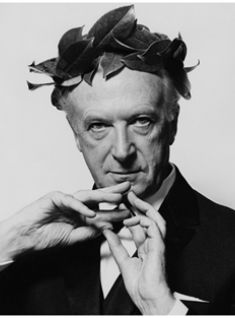 Audrey Hepburn - Available in our shop! 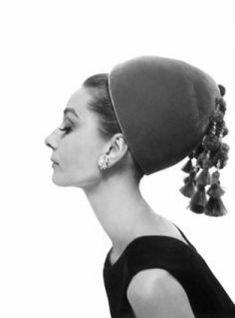