Edmaier, born in 1957, was a geologist before he made about 20 years ago the photography to his profession and he founded the photo agency 'Geophot - images of the Earth'.The geology is the basis of his photography. His role is that a variety of colors, shapes and structures, which produces the earth alone without human intervention to visualize. He specialized in aerial photography. For his book and photo projects he travels several times a year to remote, from people with little or no touching parts of the world. Often accompaned by his partner, the science writer Dr. Angelika Jung-Hüttl. She develops with him the photo projects and whrites the lyrics to the books. Edmaier has been honored for his photo books several times. The picture books volcanoes (1994), Icy Worlds (1996), artwork Earth (1998) and Geoart Germany (2003) were each selected by a jury of renowned German science journalists 'best science book of the year'. For 'Geoart - Artwork earth', he also received the 1998 Kodak Photo Book Prize. He was awarded the prestigious Hasselblad Masters Award 2001. 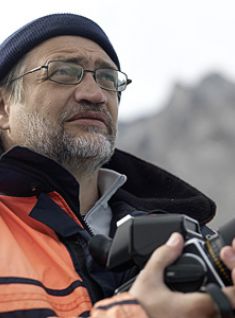 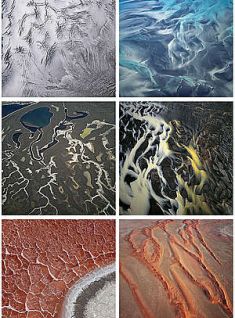