Benjamin Bergmann is a German artist and was born 1968 in Würzburg, Germany. He works as a sculptor with the focus on installations.
After he finished in 1994 his apprenticeship to become a wood-carver he studied in 2001 at the Academy of Fine Arts in Munich, Germany.  In the year 2002 he received the Bavarian State Prize and in 2004 the Dorothea von Stetten Art Prize. Today Bergmann lives and works in Munich.

Bergmann creates big and space-consuming installatoons, many of them in public places. His artworks have a performative character, they hover between the real and the artistic world. Bergmann's does not only work as an architect, constructor and craftsmen but also creates stage-like installations as a director.

Photograph of "Hals über Kopf"- AVAILABLE IN OUR SHOP 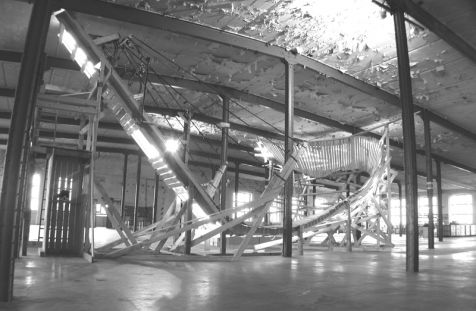