"In the beginning was the end" - this is how Ralf Winkler, born in1939 in Dresden, describes his childhood. As a young boy heexperienced the war first hand; he saw the destruction, devastation,and termination of countless human lives. Winkler, who became famousunder the name A.R. Penck, has included these formative experiences in a complex system of art. He did not flee into abstraction, but soughta visual language in which he could portray his Germany.

Penck's dominating black figures appear even in his early paintingsand drawings, which were figurative and colorful. In the beginning ofthe sixties he created his first "world views". The artist haddeveloped a complete system of signs. The images clearly employpolitical language, however their meaning remains ambiguous. In the GDR, indeterminacy is a necessity for the nonconforming artist.

The human figure grows ever more emaciated in Penck's images, until at last only a black outline is visible. The individual is alwaysfighting enemy forces, as well as itself. A tense and reciprocalrelationship between character and sign is characteristic of Penck'swork. The artist wants to promote philosophical reflection that neverends. And the apparent readability of his pictures is deceptive. Inthem he compresses entire edifices of thought - and above them hovers the spirit of the little boy who watched the horrors of war from his window.

There are two artists whose work is particularly influenced by thedivided Germany: A.R. Penck and Jörg Immendorff. After a meeting inthe seventies in East Berlin, the two agreed to a "German-Germantreaty" founding a symbiosis of their artistic works. However Penck isnot allowed to exhibit in the GDR; he is excluded from all publicartists' organizations. His only path leads westward.

In 1965 Penck met the gallerist Michael Werner. Through Werner he metcolleagues like Immendorff and Baselitz. Together they smuggle Penck's works into the Federal Republic and put them on exhibit. When he finally left the GDR in 1980, he was already famous in the West.

You can buy works by A.R. Penck in our shop.

Seidentücher - AVAILABLE IN THE SHOP 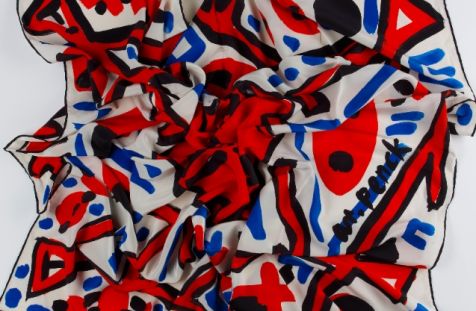 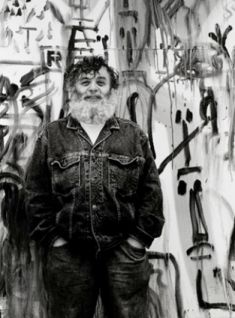 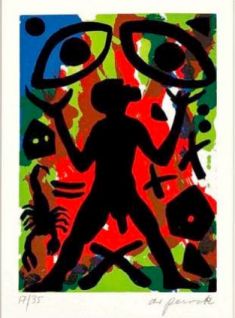