Andy Warhol's most famous quote, "In the future everyone will be world-famous for 15 Minutes" could hardly be more topical: in a time when the Internet offers everyone the opportunity to exhibit a self-portrait, for individuals to report on their everyday lives in blogs and todistribute video messages on social media channels, Andy Warhol'sartistic paradigm appears to more accurately describe our society thanever before.

In the 60s, the pop-art artist drew on his successful training as agraphic designer to create his artistic work from the then availablemedia. Andy Warhol painted, drew, photographed, filmed, directed, produced music, and made publications. Andy Warhol's studio, "Factory," was founded in 1962 in New York and quickly became the meeting place for the city's creative scene, where they met, worked, lived and celebrated. In the "Factory," everything revolved around the artist born under the name Andrew Warhola in 1928 in Pittsburgh, who by using artistic techniques knew how to transform the trends of his time into consumable items. Andy Warhol used the then relatively new mode of production called screen-printing to reproduce photographs from Life Magazine, postage stamps, and autographs. What interested Andy Warhol most were images of "glamorous" icons: portraits of Marilyn Monroe, as well as photo series of car accidents, suicides, electric chairs, or Jackie Kennedy mourning the death of her husband. Andy Warhol chose images that moved the masses through their morbidity.It is this assumption of existing motifs and their transformationwithin an artistic context that recalls the technique of MarcelDuchamp in his ready-mades, not to mention Andy Warhol's availing himself of the functions of the market. Andy Warhol's factory had become a true art factory in that many people became involved in the production of the works. They were even made to order on assembly lines to be able to meet the demand for genuine Warhols that had been growing since the mid-60s, at the latest; the works from this dream factory had become virtually fetishized.

At the same time, Andy Warhol's work laid bare the mechanisms of popular culture and media. Through their seriality and bright, colorful, sometimes very lax execution, his works are able to draw attention away from the subject matter and back to the style of the artwork, highlighting especially its manipulative character.

Andy Warhol and his Films

Seemingly the opposite is true of his films. Andy Warhol is known to have made countless underground films in the 1960s, for example "Empire", an 8-hour-long portrait of the Empire State Building from a single camera angle, or "Eat," a 45 minute long film showing the pop-art artist Robert Indiana eating mushrooms. Their intentional focus oneveryday details and their slowness contrasts starkly withsensationalizing pop culture and its breakneck pace.

In 1968 the radical feminist Valerie Solana tried to assassinate Andy Warhol. This was not only a turning point in Andy Warhol's life, but also led to a change in his artistic work. After the films, Andy Warhol increasingly focused on images and screen prints. Warhol's new studio in Union Square, which rather resembles an office floor, has been monitored by cameras since the assassination. Andy Warhol has increasinly left the business end of matters to his employees.

You can buy works by Andy Warhol in our shop. 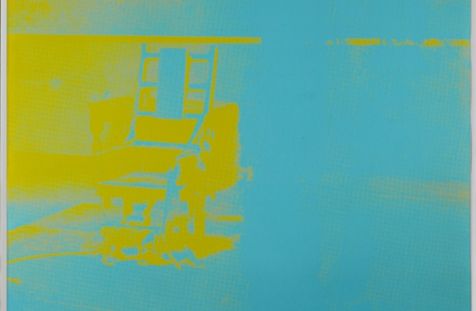 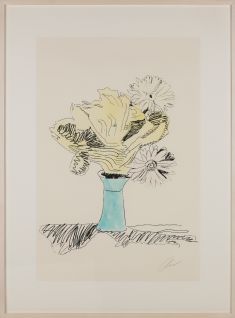 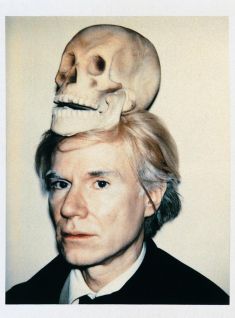