Aitor Ortiz, born in 1971 in Bilbao, was awarded the Photography Award "Villa de Madrid" in 1999 and received last year the ABC price of photography. Honored with many awards, his work is represented in numerous collections, including the Guggenheim Museum in Bilbao. This selected the young Basques, to document the construction of the museum photographically.
The classic task of architectural photography to convey a pictorial presentation of the spatial conditions is, however, not only neglected by Ortiz, but actually deceived. So is the title of his series "Destructuras" from the 2001 program. The large-format glossy photographic works can be assigned unambiguously any genre. Apparently, architectural shots, they refute these apparent on closer inspection and found to be not representational or realistic in the usual mode of seeing. A peculiar strangeness unsettles the viewer. The illustrated building and rooms are so reduced to its basic structure, that their habitability seems impossible. It is timeless, even more speechless structures that receive a new metaphorical meaning. The space shown appears to be formed from memory, reality and imagination.
In the new series "MODULAR REC" and "MODULAR MOD" the feeling of absence is increased by a blur that comes the substantive intent of the artist even closer towards timelessness and strangeness of the spatial representation. Firstly, this blurring is due to the-added element of movement, on the other hand it is amplified by a modified technical editing of the photographs, which are now presented with a matte surface roughened Plexiglas.
While in the series "Destucturas" the architectural structures were observed from outside, we now see them in "MODULAR REC" so to speak from the inside. By the movement of the camera appears on the possibility of life. The picturesque aspect of photography comes to the fore, while previously more static sculptural elements played a major role. The motion shall rise to rhythm and speed and can even musical associations. 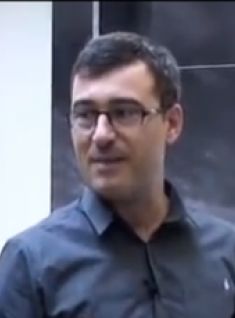 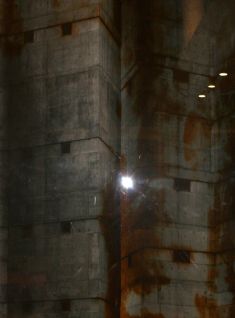 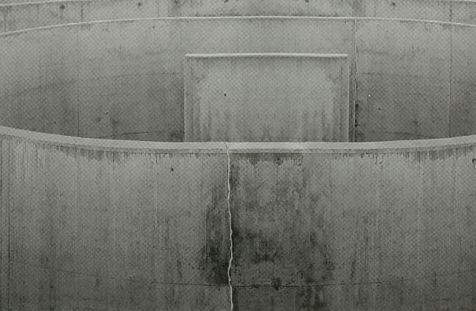