Ai WeiWei (*1957) is one of China's major contemporary artists. What is more, he tirelessly stands up for human rights and freedom of opinion, an engagement that frequently made the artist a victim of reprisals. He was detained at an unknown location for two and a half months in 2011; Ai was accused of non specified “economic crimes”. This caused countless actions of solidarity worldwide, all of which demanded the release of the artist.

The artist gained fame with his socially critical documenta project “fairytale” (2007), for which Ai WeiWei had 1001 Chinese flown to Kassel. For the Olympic Games in Peking 2008 the artist developed the National Stadium together with the architects Herzog & de Meuron; with its striking bird’s nest shape it immediately became the landmark of Beijing. “Remembering” is another impressive work, Ai WeiWei created it in 2009/10 for the façade of the Munich Haus der Kunst. The work recalls the earthquake in the Chinese province Sichuan in 2008 that killed 5000 schoolchildren. The façade-sized installation consisted of 9000 school backpacks in different colours, similar to those the victims of the earthquake carried.

Ai WeiWei works with a multitude of different material; beside photography and video he often uses Chinese antiquities such as vases and woodworks or old trees and roots for his objects and installations. An example is his series “Coloured Vases” (2009, 2010), an installation with urns from the Han-dynasty (200BC-220AD) Ai WeiWei dipped in different colours. The damaging of the vases is a political comment on the organized destruction of cultural and historical values that took place during the Cultural Revolution when everything old was replaced. At the same time it is a commentary on today’s commercialization and careless belief in progress.

The artist memorialised the clumsy monitoring and surveillance industry with “Surveillance Camera” (2010) by recreating it from marble, a material that is normally used for monuments and gravestones; a material for eternity. Ai broaches the issues of paranoia, voyeurism and the omnipresence of authoritarian forces with this work.

Ai Weiwei at the Venice Biennale

At the next Venice Biennale (2013) Ai WeiWei will represent Germany together with three other artists.

You can buy works by Ai WeiWei in our shop.

To Fight With Crossed-Arms, 2007, Photography - AVAILABLE IN OUR SHOP 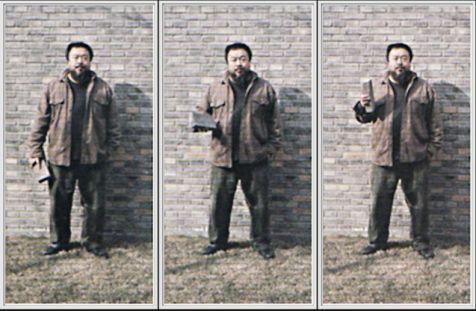 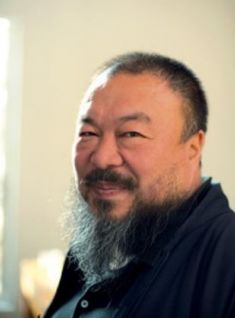 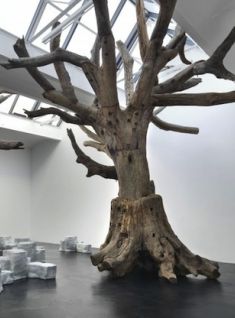 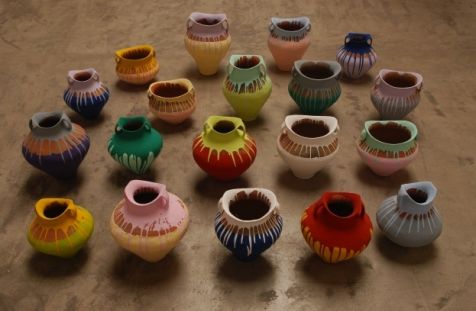